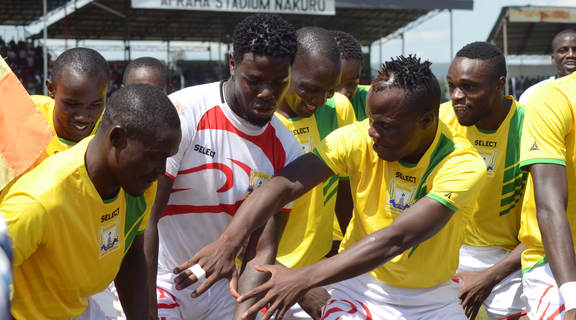 The Football Kenya Federation Leagues and competitions committee will make a decision on whether or not to effect a walk-over handed to Ulinzi Stars in their FKF Shield round of 32 tie against Kakamega Homeboyz that failed to kick off on Wednesday after Homeboyz failed to honor the tie.

The match had initially been scheduled for Sunday but was pushed to midweek and according to Homeboyz, they only received communication of the same on Tuesday.

“We arrived in Kakamega from Nairobi on Monday then yesterday; we receive a letter from FKF that our game is on Sunday. How will you start organizing your team to travel again to Nakuru within that short period? We asked them to look for a later date but they declined because allegedly Ulinzi refused,” a furious Homeboyz chair Cleophas Shimanyula said.

He added; “We have had a very tight schedule and our players have been suffering from fatigue. We played the Super Cup tournament then went to Nairobi and now just as we arrive in Kakamega, they want us to go back to Nakuru? How will you even prepare players?”

A source at FKF said the matter will be heard by the committee on whether or not the walk over would be effected as stipulated in the rules of the tournament.

Shimanyula though says he is ready for any decision.

“Rules of football state that you can only inform a team of a change in fixture at least 48 hours before the game. This is disorganization on their part and they are making us suffer for it. Let them decide what they want to decide,” a further agitated Shimanyula said.

Meanwhile, 10-time champions Gor Mahia continued with their positive run with a 5-0 win over Kenpoly in Machakos to progress to the round of 16. Ephraim Guikan struck thrice with Lawrence Juma’s penalty and an own goal completing the win for K’Ogalo.