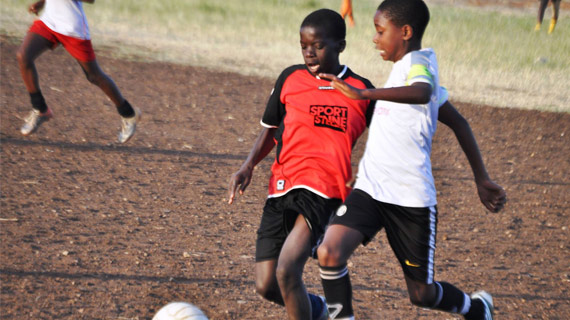 A brace from Ali Ahmed early in first half summed up Fearl’s dominance in the match. Benson Karimi sealed Makadara’s fate in late stages of the second half after a superb counter attack when the home team committed more lads upfront in search of their first goal.

Spikes from Embakassi won the U-13 category by beating Cheza Sports Academy 1-0 in the finals that was evenly poised with chances on either side of the halves.

Before getting to the finals Spikes defeated Cyprus on post-match penalties 5-4 in an all pipeline derby while hosts Makadara lost 5-4 to Cheza Sport Academy on post-match Penalties.

A total of 19 teams took part in the tournament with Makadara Juniors head Coach Stanley Achima encouraging coaches to continue investing in young talent and instilling discipline through sports “The tournament has been wonderful we have not had a lot of over age fielding of players. I encourage coaches to continue with the same as the values we impart in this lads now will shape their tomorrow.”

The tournament received support from partners including Stephen Mukangai of Radio Maisha.