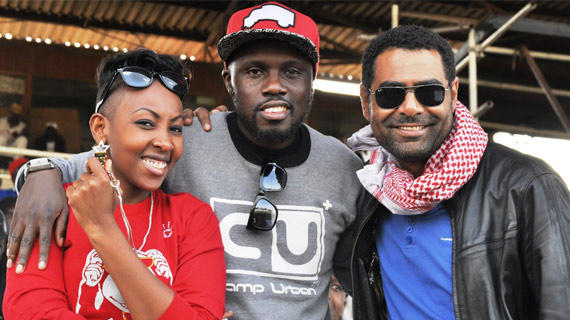 Extreme Sports CEO Hussein Mohammed has expressed his satisfaction at the high quality of talents exposed during the Super Eight tournament where 102 teams participated in the 2015 edition   that enters its quarter finals stage.

Speaking to Michezoafrika.com at City Stadium on Sunday, Hussein said “I am impressed with what I have seen so far, an indication that there lies immense talent within our bottom tier teams. The problem with majority of our stakeholders want to build a house starting with the roof but at Extreme we want to set up the foundation as this is the basis for any strong house.”

“Look at the fans in this stadium not even all our premier League matches attract this crowds even if they were let in for free what this tell you?” poised Hussein.

“For Kenya to form a strong national team and indeed a competitive league we must focus on the grass root.” He added.

Asked what will be the next stage for Extreme Sport Hussein divulged that they are now ready to set up competitive leagues within the counties starting with Nairobi this October.

“We shall have 16 teams for the top tier League and 16 for the Second tier and in our third year we shall introduce a third tier which will be a tournament phase that will determine who gets promoted to the league. To get things right we much have strong competitive leagues that will act as feeder programs for our clubs and our national teams.”

This year’s tournament has been sponsored by SportPesa