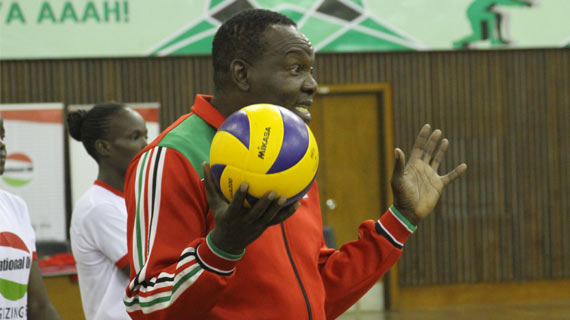 Coming as pre match favorites ,Kenya's  high hopes were destabilized when Egypt won the opening set. The team however recovered  to take the lead  winning the second and third sets but the Egyptians were never going to let the action slip through as they recovered to pin Kenyans to errors thus pushing the match to the 5th  decisive set.

The 5th set was equally closely contested  going all the way to a level score line of 17-17 before Egypt put a stop to the action , ending Kenya's dream  with 19-17 win of the final set.

Kenya last took part n the 2004 Olympic Games and the team had high expectations of breaking the jinx this year. In their last attempt in 2012 , Kenya lost to Algeria in the finals played in Algiers.

Kenya could still have a chance in plan B of qualifiers as the 2nd and 3rd teams at the African Championships will head for playoffs  with yet to be determined teams from other continents.However considering the financial constraints  at the Federation this may be a tall order for the queens.