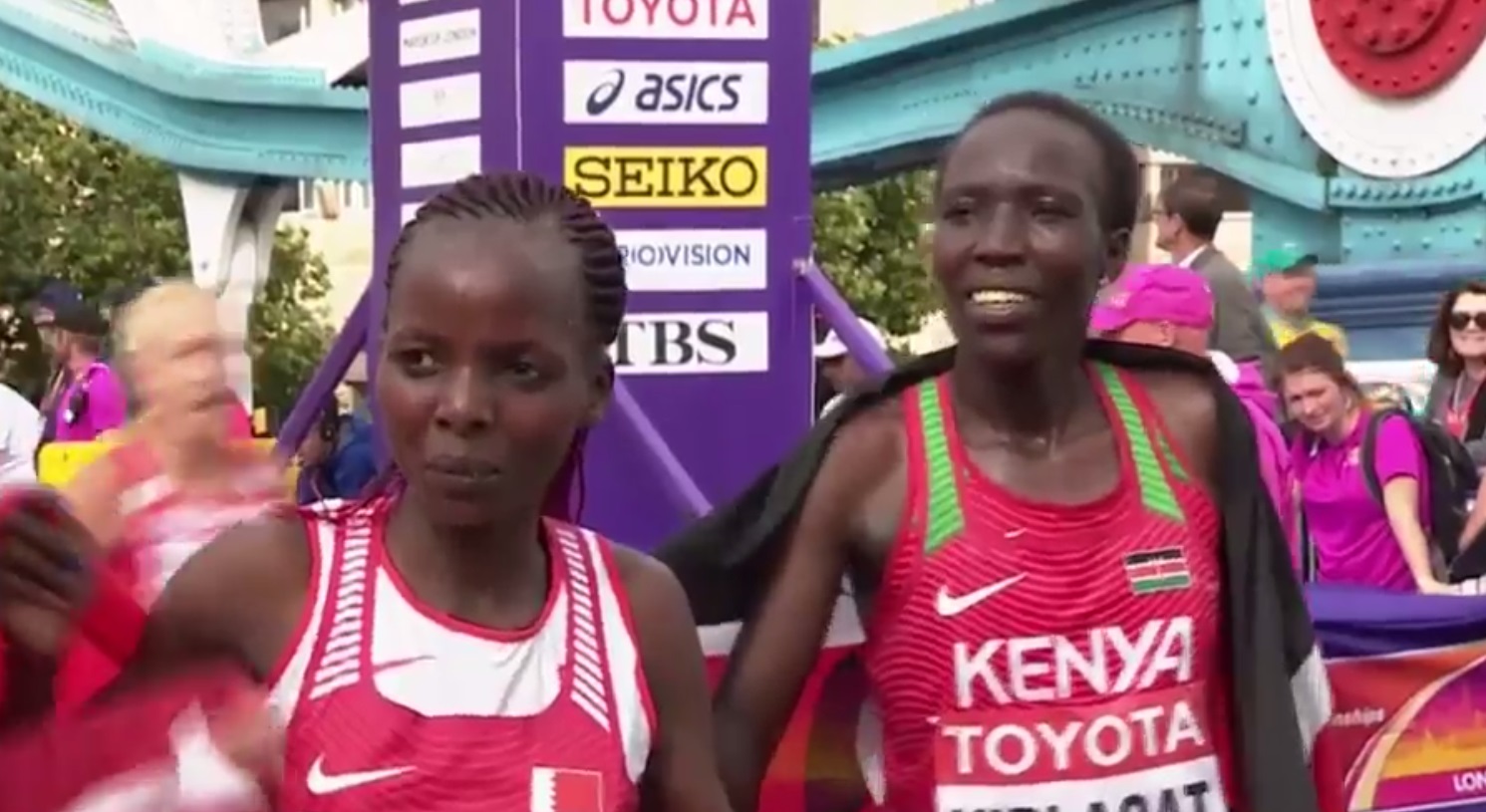 Edna Kiplagat who has won gold twice in the World championship would have made history by winning the third gold. Everything seemed to go according to plan until Chelimo accelerated in the final kilometer to deny her the ultimate prize.

After the third day of the competitions that run to 13th August, Kenya has one gold won by Kirui in the men's marathon, one silver and two bronze medals.