DRC edge out Guinea to qualify for CHAN 2016 final 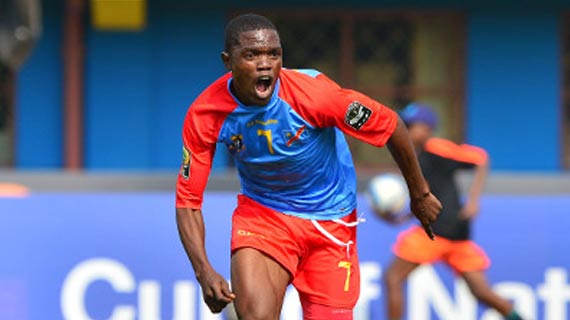 DRC edge out Guinea to qualify for CHAN 2016 final

The Democratic Republic of Congo are through to the final of the African Nations Championships in Rwanda. The inaugural 2009 champions faced stiff competition against Guinea before beating the National Elephants 5-4 on penalties, having finished 1-1 in extra time at the Amahoro Stadium, Kigali.

After a goalless draw in regulation time, the Leopards took a deserved lead in the 12th minute of extra time through a Jonathan Bolingi Mpangi header, after the TP Mazembe striker connected well with substitute Guy Lusadisu’s cross. It was the goal the dominant Congolese needed. It didn’t last for long. With virtually the last kick of the game, with Congo with one hand on the victory, Guinea equalized.

Syli Nationale midfielder, Ibrahima Sory Sankhon, struck at the death of the second half of extra time. The game had already reached the 120th minute. Guinea were desperate to get something out of the tie and pushed forward in numbers. It reaped fruits. Sankhon, receiving a pass, hit a pile driver that left keeper Ley Matampi with no chance to save.

During the penalties, Matampi saved the decisive kick of Guinea defender Mohamed Youla to send the Congolese fans into frenzy. Sankhon, Aboubacar Camara, Aboubacar Bangura and Daouda Camara had all converted for Syli Nationale, while Congo ensured the five penalties by Joel Kimwaki, Michael Mika, Bolingi, Doxa Gikanji and Mechak Elia went through.

Congo will now await the winner of today’s semi-final between Cote D’Ivorie and Mali, at 5pm Kenyan time, to know their Sunday opponents, while Guinea will face the losing side for a third place playoff on Sunday as well.