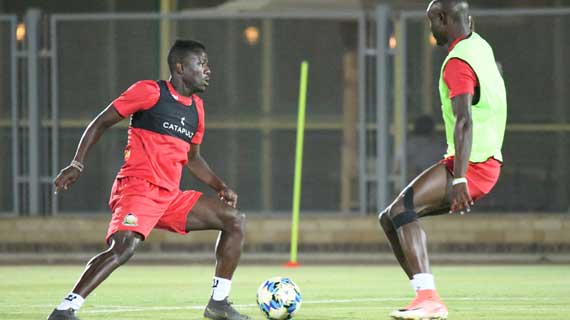 Sofapaka FC midfielder Dennis Odhiambo will captain Kenya’s team for the African Nations Championship (CHAN) qualifiers beginning with this Sunday’s game against Tanzania in Dar es Salaam. The team jetted out to the Tanzanian capital on Friday afternoon.

Odhiambo is the most experienced player in the team and will be tasked with leading the team out as they aim to qualify for the championship for the first time ever.

Head coach Sebastien Migne has rued the absence of key players in the team with four being ineligible after securing moves abroad while defender Philemon Otieno is suspended due to his red card against Senegal in the Cup of Nations.

“It is a huge duty to skipper the country and I am honored. We have a tough tie ahead of us which will be very difficult but we will go there and do our best. We know Tanzania will come seeking for revenge especially after we beat them at AFCON but we are ready,” Odhiambo noted.

Stars will train at the National Stadium on Saturday evening ahead of the tie.