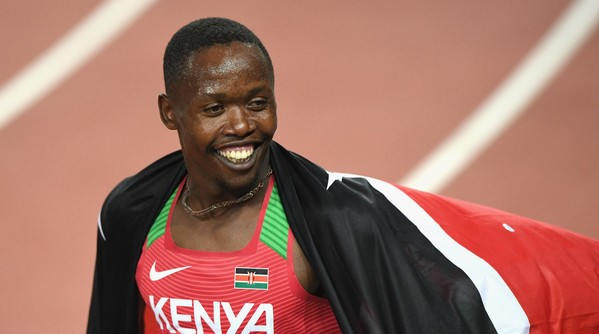 Kinyamal finished second in a time of 1:48.15 heat three to qualify alongside England’s Ben Pattison who clocked 1:48.00.

Defending champion Wycliffe Kinyamal was the sole Kenyan to advance to the 800m semifinal at the ongoing Commonwealth Games in Birmingham, England at the close of the heats on Wednesday 3 August 2022.

Kinyamal finished second in a time of 1:48.15 heat three to qualify alongside England’s Ben Pattison who clocked 1:48.00.

In 2018 in Gold Coast, Kinyamal stunned defending champion Nijel Amos of Botswana in the final 300m as he rolled away to victory, Amos failing to match the pace and ended up finishing bottom of the pile. Englishman Kyle Langford had a late dip in a bid to steal off the goal, but he was too late coming in for silver in 1:45.16.

Earlier on, Elias Ng’eny and Cornelius Tuwei missed out on qualification after finishing third and fourth in their respective heats.