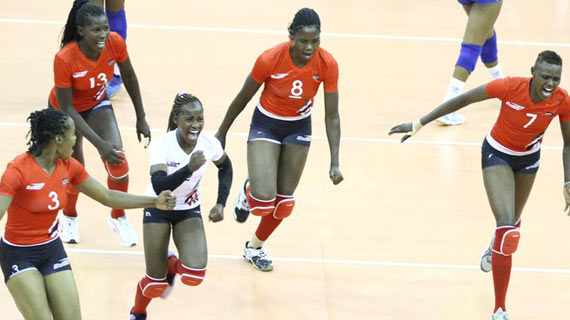 Kenya's U-23 Libero Celestine Nyongesa has made the cut and will be making her debut appearance at the senior stage when Kenya hosts the regional zone 5 Africa Cup qualifiers at Kasarani indoor Arena starting Friday.

Nyongesa is among the  final squad of 14 players who were named on Wednesday by coach Japheth Munala as Kenya prepares to face long time rivals Egypt , fast rising Rwanda and Uganda in a three days qualifier.

Other players who have made the cut to join regulars in the team include Utility player Leonida Kasaya and Kenya Prisons Immaculate Chemutai.

With the return of Janet Wanja who had earlier in the year hinted retirement , Kenya Prisons setter Joy Lusenaka has been dropped as Wanja will partner with Jane Wacu in setting the pace for Malkia Strikers.

The Kenyan team will be captained by Mercy Moim and coached by Japheth Munala deputized by former international Dorcas Ndasaba.