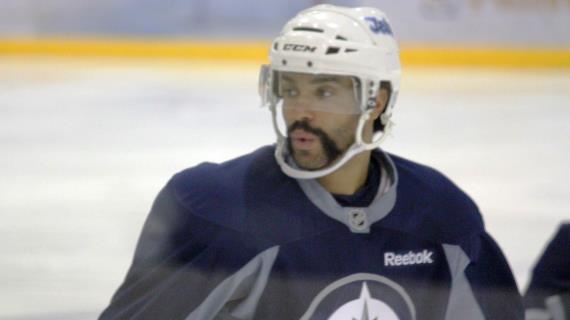 Barack Obama, Lupita Nyong’o , Divock Origi…  and the list continues. There is another addition to the long list of great people with Kenyan roots leaving a mark in the world, David Johnny Oduya.

Ice hockey may not be a popular sport in Kenya but you can be sure the Googling starts now as many take pride in David Johnny Oduya  who has just signed a  $7.5 million two-year deal  with Dallas Stars in the National Hockey League (NHL) in USA and Canada.

Oduya is the son of a Kenyan father and a Swedish mother. The 33-year old plays professional ice hockey (a popular sport in US and Canada) as a defenseman. Wikipedia describes   thus:  “He is of partial Kenyan Luo descent. Oduya is a two time Stanley Cup champion with the Blackhawks in 2013 and 2015.”

The highly rated Swedish with Kenyan roots made headlines this week with his move from Chicago Blackhawks to Dallas Stars causing a stir on Internet.A Twitter hashtag  #OduyaWatch  provided the latest updates on his transfer, a clear sign of his prowess in Ice Hockey.

Oduya was a standout performer who helped Chicago Blackhawks  win the Stanley Cup champion in 2013 and 2015. The Stanley Cup is the most prestigious trophy awarded annually to the National Hockey League (NHL) play-off winner.

Oduya started his glamorous career with Swedish side Hammarby IFin 2000 as a 19-year old. He played for two more Swedish clubs (Djurgårdens IF and Frölunda HC) before moving to NHL in 2006 where he signed a deal with New Jersey Devils and became an instant success .He was sold to  Atlanta Thrashers in 2010.

After a two year spell with Atlanta Thrashers, he moved to the Chicago Blackhawks where he lifted Stanley Cup twice.

According to Wikipedia, Oduya is a brother  to  Fredrik Oduya, a former NHL draftee who was an enforcer in the minor leagues.