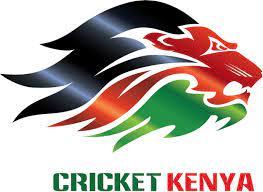 Former internationals Pearl Omamo and Kennedy Obuya were voted in as directors in charge of women’s cricket and county association representation respectively.

The former Kenya international won by a landslide, garnering 51 of the 71 possible votes on offer while his competitors Tariq Iqbal and Subramanian Chidambaran failed to attract any votes in an election that saw 20 delegates stay away from the polls.

Kamau Maina is the new CK vice chairman while former Kalpesh Solanki was voted in as treasurer.

Former internationals Pearl Omamo and Kennedy Obuya were voted in as directors in charge of women’s cricket and county association representation respectively.

Sports CS Amina Mohamed had in March 2021 set up a normalization committee to run the affairs of the Kenyan game which has languished over the years with the men’s national team who stunned West Indies at the 1996 World Cup and reached the 2003 World Cup semifinals losing their the ODI (One Day International ) status in 2015. The team, who are the only non test play nation to reach a World Cup semifinal is also currently playing in the third division of the World Cricket League, a far cry from the glory years between 1996 and 2003.

Cricket Kenya had also in the days leading up to the normalization committee been issued with a suspension notice lapsing on 28 February 2021 from the game’s global governing body, International Cricket Council.