Contractor takes over Kipchoge stadium as works set to start 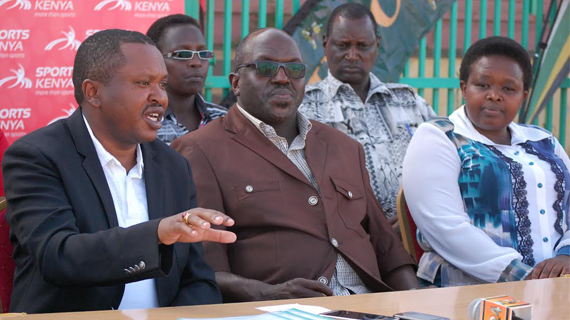 Contractor takes over Kipchoge stadium as works set to start

Construction works for the second phase of uplifting the Eldoret-based Kipchoge stadium is set to kick off in the next two weeks.

WIETC contractors have won the tender to renovate the stadium which has been a landmark in the North Rift region.

Already the track has been done and it hosted the 2016 Olympic trials.

Sports Kenya and Uasin Gishu County Government handed over the stadium to the contractor on Thursday to start the works at a cost of Sh304  Million Shillings.

The works will include the construction of a pavilion, terraces, perimeter wall, changing rooms, offices among other facilities in the stadium.

The renovation is expected to be completed in the next eight months. Kipchoge stadium was set to host the sixth Athletics Kenya track and field meet in May.

Sports Kenya director Doris Petra said the government is committed in ensuring availability of sporting facilities in all parts of the country.

“As a sporting nation Sports Kenya is giving Kenyans the best in terms of stadia upgrading. They will be improved to modern standards,” She said at the stadium.

According to Uasin Gishu County secretary Peter Lelei, the contractor will work together with the county experts in order to deliver the works within the timeline.

“We will be having a site visit at least once in a month together with Sports Kenya.Our intention is to ensure that the project meets the timeline,”Lelei said.