Conseslus to use Kip Keino Classic to further improve on return 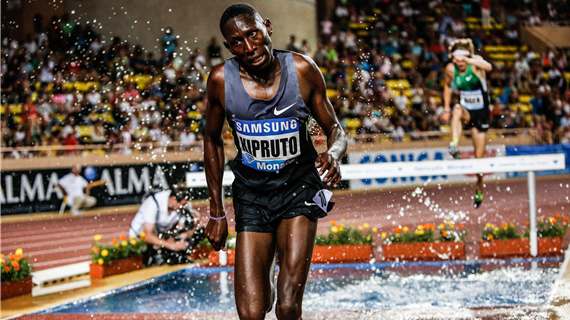 Kipruto competed for the first time last week since dropping out of the Kenyan trials for the Olympic Games last year, having struggled with injury from 2019.

Kipruto competed for the first time last week since dropping out of the Kenyan trials for the Olympic Games last year, having struggled with injury from 2019.

“The Kip Keino Classic will be a good opportunity for me to race. The more races I get the more motivation I get to continue in my comeback. For me it doesn’t matter how I will race or what position I finish. I just want to get that mentality back and keep improving,” said Kipruto.

He says his aim is to improve on his time, having finished fifth at the National Championships last week. After the Classic, Kipruto heads to the Doha season opening Diamond League leg where his target is to run under eight minutes.

“It has been very tough working hard to come back. I am not yet in good shape but I believe that by the time we get to June and July, I will be back in perfect shape. Right now for me it is just about improving everyday in training and in competition,” noted Kipruto.

He says the pain of watching Kenya lose the Olympic title last year further propelled him to work harder and try make a strong comeback.

“That was the most painful and difficult thing for me watching at home. I was the defending champion and that made it even more painful because I was not there to defend my title and fight for my country,” said the 2016 Olympic champion.

For the World Championships, he already has a direct ticket by virtue of being the defending champion.