Confident Telkom depart for Zambia ahead of Africa Cup 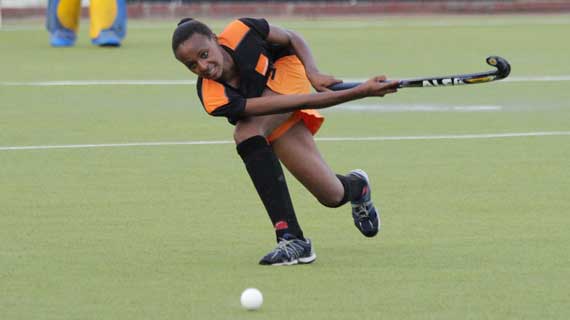 Confident Telkom depart for Zambia ahead of Africa Cup

Orange Telkom women’s hockey  team  left the country on Wednesday evening ahead of this weekend’s Africa Cup of Club Hockey Championship at the Olympic Centre Stadium in Lusaka, Zambia.

Orange Telkom coach Jo's Openda retained majority of the players who did duty for the Club in last championship held in Zimbabwe where the national champions retained the trophy  and added two new player's in  fast rising Maureen Okumu and Georgina Lumumba.

Openda noted the move to have the two promising and upcoming players in squad was basically for transition.

He said, "A time will come when these regular players will throw in the towel and that's why we want to have this youngsters on board." Noted Openda.

Commenting in the actual tournament in Lusaka, Openda said, " We go into the championship as favorites but we won't be overconfident. We will take one match at time and see what happens. But all in all we will be out to record good results."

At the same time, Orange will be the only Kenya representative after Butali Sugar Warriors and Strathmore University women's team withdrew from the event.

The two sides joins Kenya police who pulled out of the championship early this week citing financial constraints.

Butali sugar warriors coach cliffs Okello said, " Most of the players are sitting for their exams and so we couldn't have come up with a formidable squad ahead of the event."