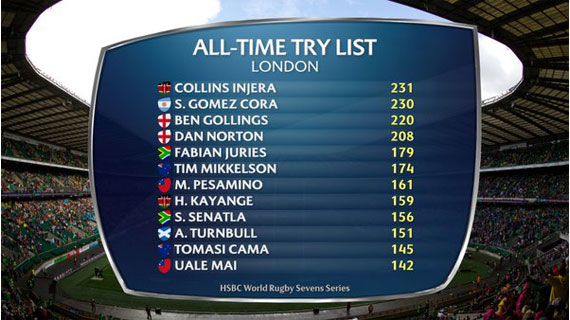 The historic moment was magical as Injera shared his moments of world glory with his parents who flew in for the special achievement. To celebrate his success, Injera removed his shirt and gave it to his parents in the stands.

In London, Kenya beat Portugal 22-17 but lost to Scotland 24-12 and to France 29-12 thus failing to make it to the cup quarters as they finished in third place of Pool C with 5 points from three matches.

Speaking after the match ,Injera paid glowing honour to his elder brother Humphrey Kayange who he said has always held his hand and mentored him through the rugby journey.

“That was a special moment and especially scoring the try here at Twickenham that has always been a special place for me. I am more excited that it was my brother who handed me that ball.”