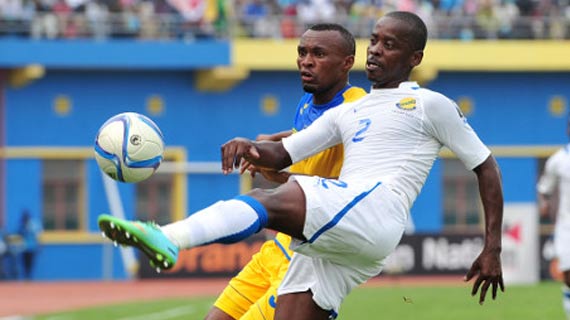 Ivory Coast joined Rwanda in qualifying for the quarters from Group A of the ongoing 2016 African Nations Championship in Rwanda, at the expense of Morocco and Gabon. Though the North Africans beat the hosts 4-1, the Ivorians served a piece of the same pie to Gabon.

At the Amahoro Stadium, in Kigali, the Moroccans were determined to progress. 26-year old Ittihad Tanger Riadhi forward, Abdelghani Mouaoui, had given the North Africans a 16th minute lead, before defender Mohammed Azziz doubled the lead 8 minutes later.

23-year old Rwandese midfielder, Ngomirakiza Hegman, who plies his trade for APR FC, reduced the deficit in the 27th minute, only for forward Abdeladim Khadrouf to restore the advantage for the Atlas Lions 11 minutes later.

As the match journeyed towards halftime, Mouaoui ensured the Moroccans went into a halftime break with a 4-1 cushion. It wasn’t enough. Results elsewhere, at the Stade Huye in Butare, confirmed it all. With four points from 3 games, and together with Gabon, the North African side were eliminated from the competition.

In Butare, Ivory Coast matched the Rwandese points tally of six, but had to settle for second place behind the Amavubi, due to a poor head-to-head involving a 1-0 loss in the competition opener against the Rwanda.

The Ivorians opened the proceedings against Gabon in the 18th minute, courtesy of Essis Baudelaire Fulgence Aka’s goal, to head into a 1-0 halftime lead. Five minutes into the second half, Gabonese midfielder, Franck Pierrin Obambou equalized, before bottom side, Les Pantheres, lost the plot.

The Elephants regained the lead in the 65th minute, courtesy of Djedje Franck Guiza, before ASEC Mimosas striker, Koffi Davy Mahinde Boua and substitute, Nilmar Treika Mondesir Ble made it 4-1 by the 83rd minute.