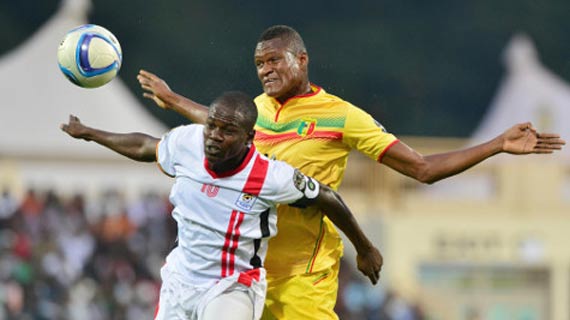 Uganda Cranes on Tuesday surrendered a crucial lead  allowing Mali to recover twice as the two teams shared spoils following their 2-2 draw during their Group D match at the ongoing Africa Nations Championship in Rubavu Rwanda.

The Cranes were 2-1 up by halftime but a fine finish by Mamadou Coulibaly  leveled proceedings for a 2-2 final tally.

Cranes Captain Faruku Miya restored the Ugandan's  lead  five minutes to the break scoring form the penalty spot  after Erisa Ssekisambu was fouled in the box.

Zambia leads Group D with three points while Mali are second and Uganda third on one point each. Zimbabwe hold the bottom part of the table with zero points.