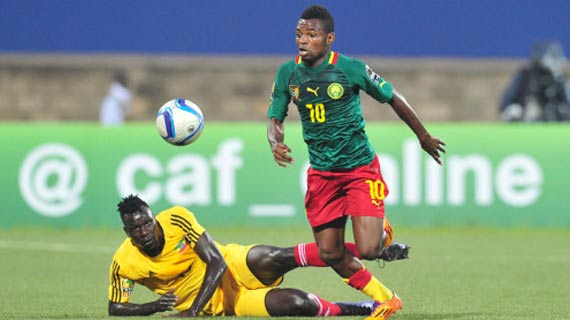 The Democratic Republic of Congo posted their second straight win at the ongoing  African Nations Championships  after a 4-2 win over Angola on Thursday.

The winners of the day DR Congo were 3-0 up by the breather with goals from Nelson Munganga, Meshack Elia and Jonathan Bolingi.

Jacinto Dala pulled one back for Angola in the 76th minute  but TP Mazembe midfielder Bope added the 4th goal for  the Congolese side .

In another match  Cameroon and Ethiopia played to a barren draw at the Stade Huye.

DR Congo had defeated Ethiopia 3-0 in their opening match while Angola lost to Cameroun by a solitary goal.

Mathematics places Congo in a fine qualification slot for the quarter final  with six points from two wins  followed by Cameroon who have  four points.

Going into the final match , Angola have been eliminated from the competition as they can only manage to collect a maximum of three points while Cameroon will face DR Congo in a match they must win.

Ethiopia remain hopeful of a quarter final slot if they beat Angola with a good margin and hope DR Congo humbles Cameroon.