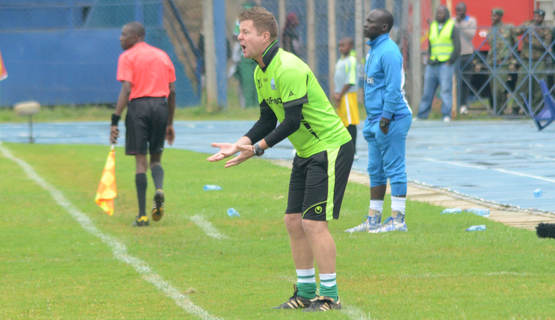 Kenyan giants, Gor Mahia have been handed a two-year suspension from all Council for East and Central Africa Football Associations (CECAFA) competitions for what CECAFA Council termed as 'misbehaviour.'

K'ogalo who overcame 'several obstacles' to beat Zanzibar's JKU 2-0 to the third place in the just concluded CECAFA Kagame Cup have been accused of breaking 'some rules' in the tournament and thus are liable to punishment.

Gor Mahia refused to pick the bronze medal for their heroics in the tournament yester evening after emerging top in the third-place playoff. Tanzanian Sports Minister Charles Mwakyembe and the speaker of the National Assembly was blatantly ignored when Gor Mahia failed to appear on the podium for their award during medal presentation.

“We lined up according to our customs as CECAFA for medal presentations and we had our guests but Gor Mahia failed to come to the podium. That aside, they came here and declined the hotel, refused to use the dressing room and yesterday failed to adhere to our customs,” he said

In the same breath he read the suspension, Musonye condemned and warned Gor Mahia tactician Dylan Kerr for using offensive language to match officials and assured him that he will not misbehave in CECAFA tournaments for two years.

“Further, the CECAFA executive committee has warned Gor Mahia coach for his offensive language towards match officials. We’ve informed FKF to take action against the coach but for us, he will not misbehave in our tournaments for the next two years,” visibly angered Musonye retorted.