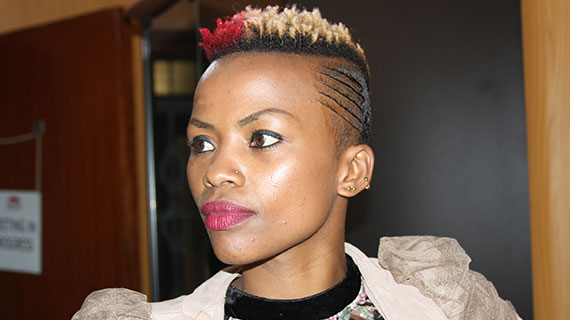 Kenya's long serving setter Janet Wanja  has thrown her weight behind her team Kenya Pipeline as the favorites to win the 2015 title  during the national Playoffs set for this weekend in Mombasa.

Kenya Pipeline will be out to defend their crown  this year after dethroning Kenya Prisons during last year's finals.

Pipeline will however be without their key attackers Ruth Jepng'etich who is hospitalized and Esther Wangeci who is currently at French side Chamaliers.

While speaking to michezoafrika.com  from Mombasa, Wanja commended the determination of fast rising youngsters in the team  and said , " The young players who joined us recently have been impressing and they have learned really fast. We have a good blend and I am really looking forward to the finals this weekend."

Wanja adds that , " It is important  to note that we respect all teams that made it to the finals,our target is not only against Prisons  but KCB and Nairobi Water teams are equally challenging because we have seen them make tremendous milestones in the quality of their game. No one is to be underrated in this tournament."

"For us we will take  a match at a time but more importantly play to ensure we gain as many points as possible while avoiding to lose sets because this is being played on a  round robin format" Wanja adds.

Wanja also sent out a message of quick recovery to her team mate Jepng'etich and said in the event of a win , they will dedicate the title to her," We are together with her in prayers as she recovers. We miss her on the court and we wish her quick recovery as we go out to fight hard and make her proud."

In conclusion , Wanja said " As much as we  have worked hard and received all the support needed from our technical bench and sponsors, we  look up to God above to keep us strong , healthy and focused throughout the busy week because he is the final decision maker on the outcome of the results. We play and he decides who goes home smiling more than the other."