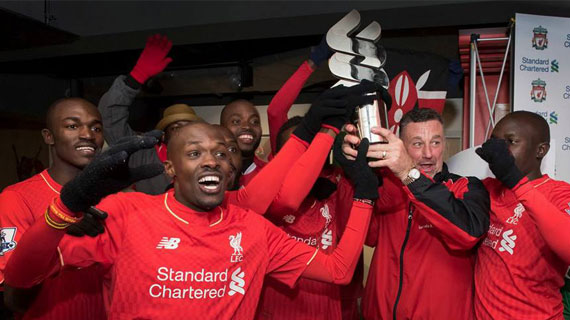 Kenya's Capital Fm are the winners of the 2016 edition of the Standard Chartered  -Road to Anfield world trophy. Capital held nerves to beat defending champions South Korea 3-2 in the finals played at Anfield on Saturday.

Capital were unbeaten throughout the tournament coming-out of a tough Group that also  included Ghana, Singapore and USA.

This was the first win  for an African team after Postal Corporation of Kenya came close last year losing 3-2 to South Korea in the finals.

Capital's Jeffrey Ooko emerged as the Most Valuable Player while Solomon Okeyo  earned himself the Golden Boot with 10 goals.