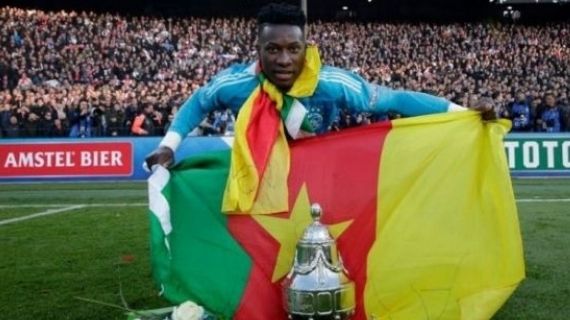 Onana was traveling to Yaounde, the capital of Cameroon, when the incident happened.

Ajax goalkeeper, Andre Onana, was on Tuesday morning involved in a serious car crash on his way to play for Cameroon in their 2022 FIFA World Cup playoffs against Algeria.

Onana was unhurt after the accident, which involved two cars having a head-on collision with both bonnets destroyed and the ground covered in debris.

Onana was traveling to Yaounde, the capital of Cameroon, when the incident happened.

Fortunately for the shot-stopper, he didn’t suffer any injury.

Onana had been rated as one of the most exciting young goalkeepers in world football in recent years before his career was blighted by a failed drugs test.

The 25-year-old was banned for one year by UEFA after testing positive for Furosemide but claimed he had accidentally taken his wife’s medication.

Onana was in goal for hosts Cameroon at the 2021 Africa Cup of Nations (AFCON), where they finished third.