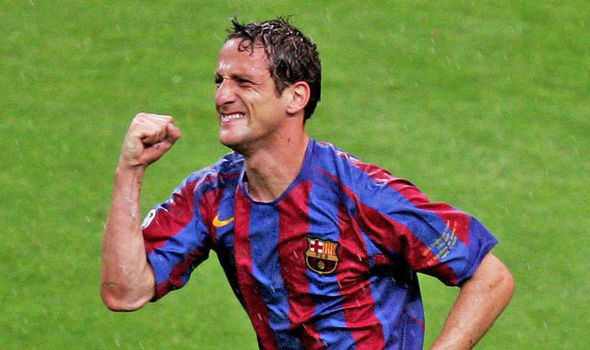 Belletti is famously remembered for scoring Barcelona’s winning goal during the 2006 Champions League final against Arsenal, the Spanish side winning 2-1.

Brazilian legend and former Barcelona defender Juliano Belletti will accompany the FIFA World Cup Trophy to Kenya when it lands in Nairobi on Thursday for a two-day tour.

The Trophy will land in Nairobi at 11 am, before heading to State House for a luncheon with the Head of State President Uhuru Kenyatta. On Friday, fans will have a chance to view and take photos with the iconic trophy, which is on a tour of the world courtesy of FIFA partners Cocacola.

“We are very excited to not only host the FIFA World Cup trophy but also one of the greatest footballers of all time and a football legend who played for key teams in Europe. Juliano is no doubt among the world-renowned players and football fans in Kenya can brace themselves for an experience of a lifetime when the trophy lands on the 26th of this month” Said Isabel Kariuki, Frontline Marketing Director, East, and Central Africa Franchise.

Belletti is famously remembered for scoring Barcelona’s winning goal during the 2006 Champions League final against Arsenal, the Spanish side winning 2-1.

The defender began his football career in Campeonato Brasileiro Série A with Cruzeiro, São Paulo, and Atlético Mineiro, being awarded the Silver Ball by Placar for his performances on loan during the 1999 season.