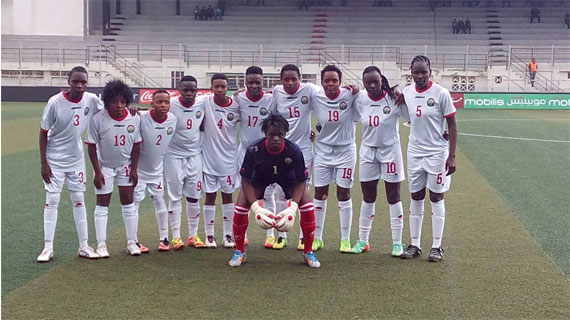 The national women soccer team  the Harambee Starlets played  to a two all draw against  Algeria in the first leg of the Africa Women Championships qualifiers played in Algiers on Friday evening.

The away win is a big boost for the Starlets who will now need only a barren draw in Nairobi on Tuesday to qualify to the next round of the championships.

In their draw in Algiers, Fatima Sekouane scored an own goal in the 78th minute to level matters for Kenya after Algeria had taken a first half lead. Mwanahalima  Adam then gave Kenya an 85th minute lead as Kenya led 2-1 before the hosts grabbed a late one to equalize.

Kenya qualified to the next round of the qualifiers after their opponents The Democratic Republic of Congo withdrew from the competition.