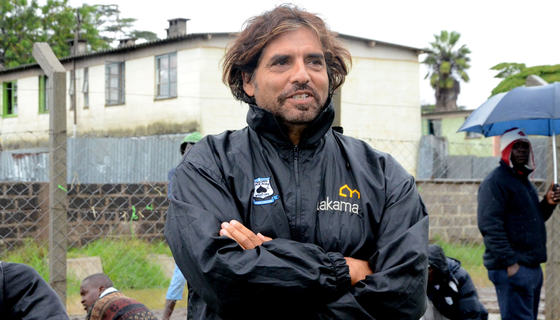 AFC Leopards has been boosted with the return of defender Salim ‘Shittu’ Abdallah and Ghanaian striker Prince Arkoh ahead of this weekend’s clash against Nakumatt in Machakos.

Abdallah has missed for the last one month with a thigh problem while Arkoh has not featured for the team since their CAF Confederation Cup tie against Fosa Juniors in Kakamega in February after picking a knee injury.

“Salim has trained very well and looks fit so he is definitely a strong contender for a starting place. Arkoh has just returned to pitch training this week and probably he might not have peaked well in terms of fitness. But he might get a few minutes to play,” Team Manager Gilbert Selebwa said.

However, the team will be without the services of left back Isaac Oduor who injured his hamstring in the Hull City challenge against Gor nine days ago. Striker Vincent Oburu will also be unavailable with a recurring groin problem but both should be back next week.

This will be new coach Rodolfo Zapata’s second league match in charge of the team having overseen last weekend’s 0-0 draw away to Chemelil Sugar in Kisumu. The tactician is hoping that Ingwe will break their winless record and get back into top form.