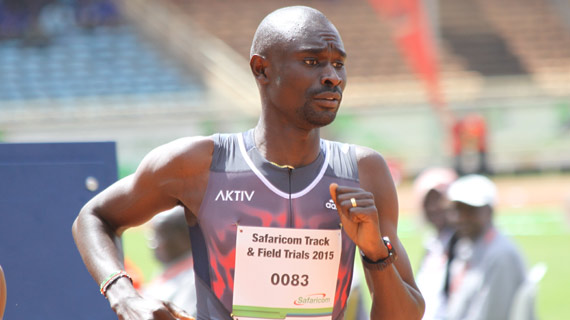 Olympic 800m champion and world-record holder David Rudisha  has announced his withdrawal from the Kenyan team ahead of the World Championships to be staged in London in august.

Rudisha made the shocking announcement o his twitter handle on Monday evening  saying , "It is sad and disappointing to announce my no show in the forthcoming #london2017 WC due to a quad muscle strain."

His tweet was accompanied by a photo of his injured leg that has a strapping on it.

Rudisha and the Kenyan technical team had hoped that the middle distance king would return to the Olympic stadium in London where he secured his 2012 Olympic gold by breaking  his own world record.

Rudisha's withdrawal is another big blow to the Kenyan team just days after Nicholas Bett also  withdrew due to an injury .