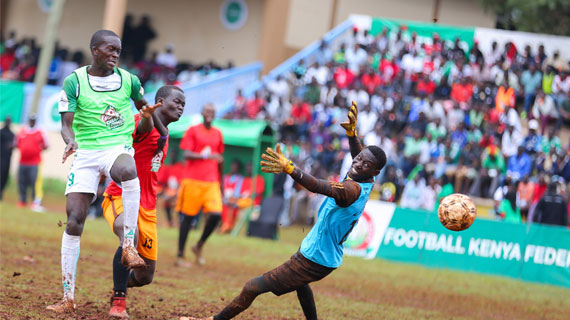 Kogalo edged out Slum Dwellers from Westlands 3-0 in the boys finals held at Stima Club Grounds, Nairobi over the weekend. Beijing Raiders also triumphed after their 5-0 win over  Agakoro Ladies from Kasarani.

Speaking after the win Gor Mahia Youth captain Chris Alpher noted that “We are very proud of our victory today. The game was tough and the field was muddy but we won! We remain hopeful to win the National finals come 25th of March,”

“This is a great moment for our team and we actually cannot hide our joy. It is really a big step for us. The journey has been long and winding for us but now we can see the light at the end of the tunnel. The national finals will not be a walk in the park but we will give it our best,” said Mark Okwiri, Coach Beijing Raiders.

The two winning teams each received a cash reward of KES 200,000 and will now proceed to the National finals set for the 22nd to 25th March, at Bukhungu Stadium.

At the grand finale, the winning teams will walk away with KES1 million each and an opportunity to go for an international training and mentorship camp in London in April 2018.