Battle of the titans as Kipchoge, Bekele and Kipsang aim for the Marathon record 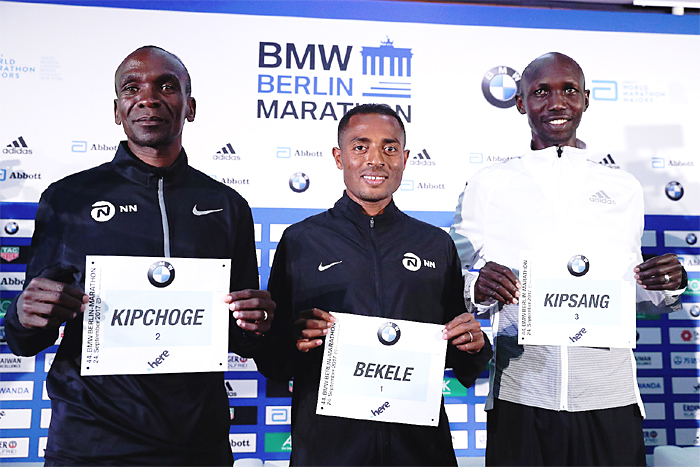 Battle of the titans as Kipchoge, Bekele and Kipsang aim for the Marathon record

Reigning Olympic champion Eliud Kipchoge, defending champion Kenenisa Bekele and the former world record holder Wilson Kipsang are all in and raring to take on the course in what promises another Kenya versus Ethiopia epic show down.

"I was very close to breaking the two-hour barrier in Monza. Now I believe the BMW Berlin Marathon is the perfect venue for attacking the official world record

"Victory on its own is no success – it is simply a necessity. There are three of us and there will be only one winner,” said Eliud Kipchoge.