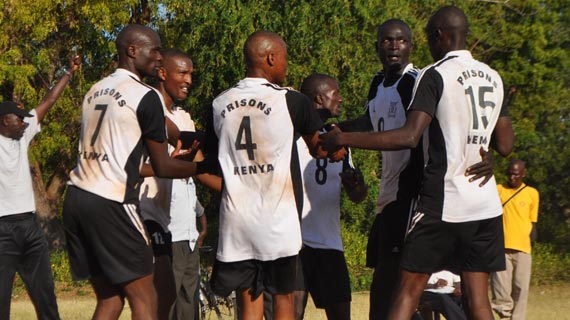 The annual Amaco International volleyball tournament will be held this weekend in Eldoret .

The tournament, now in its 11th season, boasts of being of being the only tournament on the Kenya Volleyball Federation Calendar that attracts large number of international entrants with over 50 teams expected for this year’s edition set for Saturday and Sunday at the Eldoret Polytechnique grounds.

Kenya will be represented by defending champions Kenya Prisons in the women category. Other Kenyan teams that have so far confirmed participation include: Kenya forestry, Kenya Police, KDF, KCB, KPA as well as various institutions and schools. The tournament has also attracted teams from within East Africa including teams from Rwanda, Burundi, Uganda & Tanzania.

Winners of the event will take home kshs.100, 000/- while 2nd position kshs.75,000/- and third place kshs.50,000/-  while institutions and self-sponsored winners will be presented with assorted gifts and sporting merchandise.