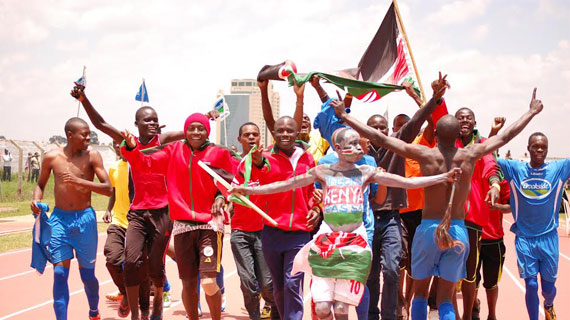 Barding beat multiple regional champions St.Mary’s Kitende of Uganda 1-0 in the dying minutes of the game to send home the title favourites.

The two teams came out 0-0 draw in the first half in which Barding had been overwhelmed by their opponents though they wasted scoring opportunities.

On resumption, the eleven-time champions Kitende continued their hunt for the title with incessant attacks, however Barding remained solid to seal the defence loopholes and controlled the midfield.

It was in the 86th minute when the substitute James Ochieng who netted the all important goal for his side blasted the stadium into cheers as the whistle went off.

GS Remera ealier at the stadium defeated national champions St. John’s Kaloleni 5-4 in a post match penalty shootout after a 1-1 draw in the extra time forcing for penalties.