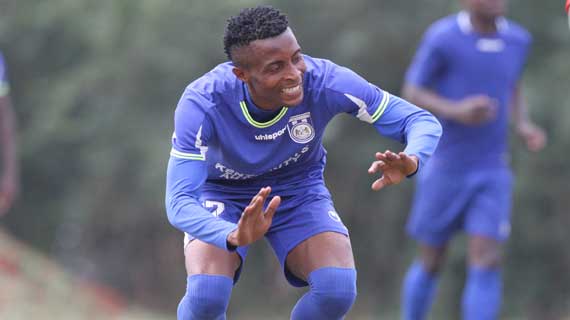 Bandari FC head coach Ken Odhiambo has outlined that they will be targeting to finish the 2018 season among the top five teams, saying he is pleased with how his charges have fared in the first leg. Bandari lost by a solitary goal in their last first leg tie against Kariobangi Sharks last weekend and the result left them eighth in the standings with 24 points, four behind second placed Ulinzi Stars.

Odhiambo says the return of picking six wins in 17 matches was commendable especially looking that they had a new team mostly comprised of young players.

“It wasn’t so bad how we performed in the first leg and I am happy that we have managed to stay within the top half of the table. We now look towards the second leg and hope that we can improve from what we had in the first leg,” Odhiambo said.

He added; “We have set our target to finish in the top five and it is an achievable target. We will sit down and plan well because if you look at the difference between number two and number t10, it is very small. We need to keep winning especially at home,” the coach added.

Against Sharks, Odhiambo rested several key players as he looked to keep the squad fresh noting there will be no mid-season break with the second leg turning immediately, the first set of matches to be played on June 6.

“We need to have the players resting and fresh. If you look at most of the players who were in the bench against Sharks, they have played many games in the first leg and we needed to give them rest as some were even carrying injuries,” the tactician noted.

Bandari start their second leg campaign at home against Vihiga United on June 7.