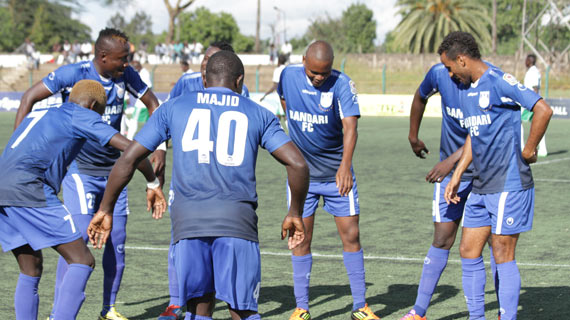 Twahir Muhiddin’s Bandari earned a ticket to the next round of the GOtv-Shield Cup after a 3-0 thumping victory over Bondo United on Saturday at the Moi Stadium in Kisumu.

Midfield enforcer Musa Mudde opened the score accounts for the Dockers in the third minute before former Nairobi City Stars boy Lawrence Kasadha widened the advantage in the 68th minute.

As Bondo were still reeling from the shock, Victor Ndinya struck the third with 17 minutes left to effectively lock them out the game and out of the competition.