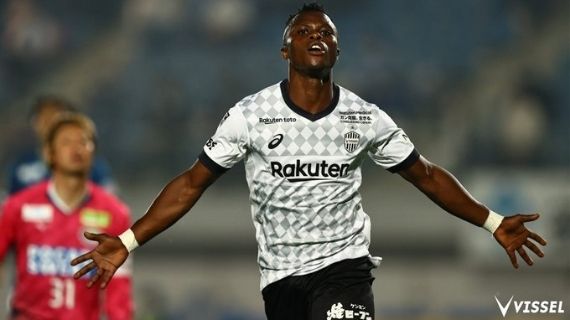 Harambee Stars striker Ayub Timbe Masika has fully recovered and is raring  to go as he begins a new journey in  the  Chinese Super League with promoted outfit Beijing Renhe FC .

Timbe joined Beijing Renhe FC from Belgian side Lierse on February last year and went to establish himself as one of the club's  players.

Masika was instrumental in the team's promotion to the top league last season where he bagged eight goals and several assists thus  earning praise from his teammates but an injury forced him out at the tail end of the season.

The 25-year old speedy and dependable Harambee Stars striker is now fully fit as posted on his Facebook page: "Recoverd and Ready let the Games begin🙏🏾💪🏾"

Timbe could make a Chinese Super League debut for Beijing Renhe as they host Chongqing Dangdai Lifan in their season opener on 3rd March.

He is the second Kenyan to play in the lucrative Chinese Super League after Micheal Olunga who is currently on loan to Spanish La Liga side Girona FC.

His recovery is also good news as he could be available for Kenya's 2019 Africa Cup of Nations qualifier game against Ghana on 23rd  March.