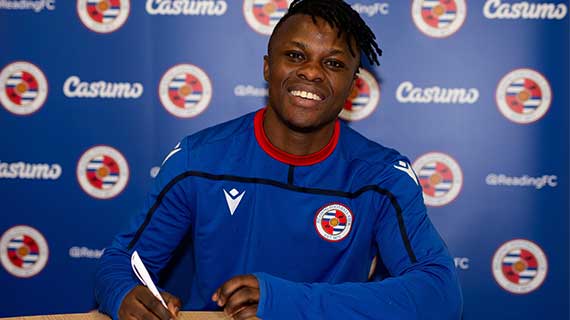 Harambee Stars speedy winger Ayub Timbe has joined English Championship side Reading FC on a six month loan deal from Chinese second division team Beijing Renhe and will be with Berkshire based club until the end of the season.

Masika has been training with Reading for the past few weeks and has impressed the head coach Mark Bowen and they have made the decision to sign him on deadline day.

“Masika is a precious talent with real speed that means he can hurt the opposition in good areas of the field. We’ve had a look at him in training over recent weeks and he’s shown good qualities,” Reading boss Mark Bowen said.

He added; “He’s catching up on his fitness a little bit with the Chinese league being out of season at the moment, but I think he can be a real asset to us and I’m delighted to have him here.”

Beijing Renhe owner Dai Yongge owns 95.5pc shares at Reading and hence the decision to make the move for Ayub wasn’t a tough one to make.

Meanwhile, Stars skipper Victor Wanyama could not make a move on transfer deadline day despite being expected to, following his struggles to get playing time with Jose Mourinho at Tottenham.

Wanyama had been touted to make a transfer deadline day move to French club Amiens SC, but there was no deal forthcoming by the time the window shut at 2am Kenyan time.

He has featured meagerly for Spurs in the first half of the season and the failure to land a move in January will now mean he faces another tough six months in North London.