Ayimba calls up Ayodi and Agero for Cape Town Sevens 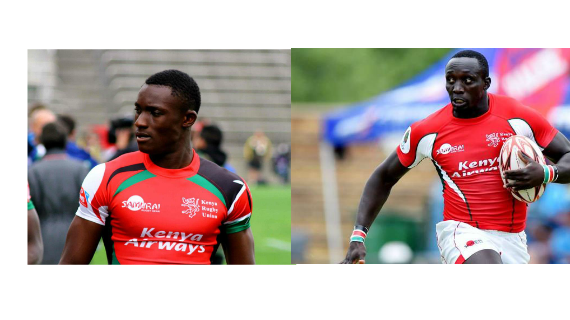 Ayimba calls up Ayodi and Agero for Cape Town Sevens

Kenya Sevens Head Coach Benjamin Ayimba has made two changes ahead of the Cape Town Sevens, calling up Menengai Cream Homeboyz' Oscar Ayodi and Kenya Harlequins' Eden Agero in place of Jeff Oluoch and Augustine Lugonzo who suffered back and groin strains respectively during last weekend's Dubai Sevens, the opening round of the 2015/16 World Rugby Sevens Series.

The duo who featured at the Olympic qualifiers in November departed the country on Wednesday morning.

Currently placed 11th on the log, Shujaa are in Pool B for this tournament which serves as the second round of the World Rugby Sevens Series alongside England, South Africa and Zimbabwe.