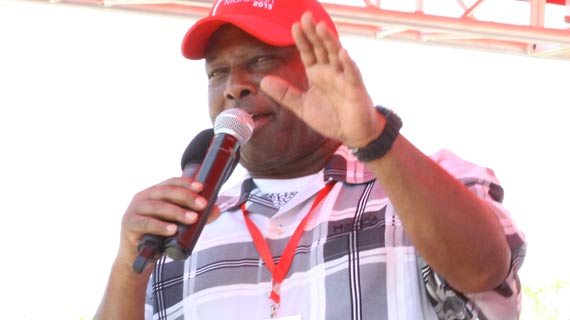 Kenya’s elite athletes will have to get clearance from a team of doctors in order to compete in different races abroad.

Athletics Kenya announced the guidelines on Tuesday requiring athletes to be cleared by the newly formed Kenya Doctors Network comprising of five doctors.

According to the AK boss Jackson Tuwei the aim is to avert the doping cases in the country.

Country’s athletic governing body gave out a list of 109 athletes  who are supposed to get clearance from KDN in order to feature in the races abroad.

Speaking at Riadha House, Tuwei said the exercise has full support of the International Association of Athletic Federations (IAAF)  saying that any athlete who wll not comply will not be allowed to represent Kenya in the competitions.

“Trusted and skilled doctors in the country were identified to form KDN and their work is to take care of Kenya’s elite athletes and limit negative medical practices that promotes doping behaviors,”Tuwei said.

The federation will hold a meeting in Eldoret on January 16 where coaches, athletes and managers have been invited in order to be briefed on the developments.

According to Tuwei, rules  to govern KDN have already been drafted and they will be operational by January 23 this year.