Athletes to celebrate Xmas with sick kids in Eldoret 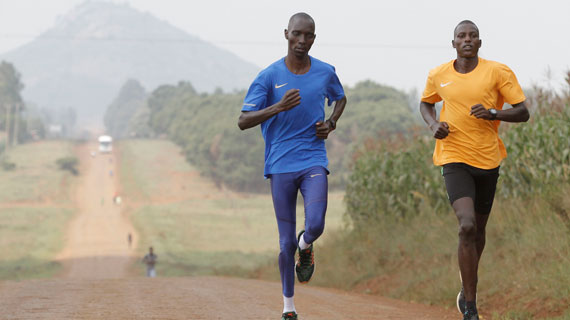 Athletes to celebrate Xmas with sick kids in Eldoret

Some of the Kenya’s top athletes will on Saturday give out Christmas gifts to the sick children in Eldoret.

The athletes in conjunction with the Shoe4Africa will put a smile on the faces of the sick kids at the Eldoret-based Shoe4Africa Children’s Hospital.

Toby Tanser who is the founder and CEO Shoe4Africa said the move is aimed at encouraging the kids to get well this festive season.

“The foundation with the help of athletes will give out gifts and other gifts on the eve of Christmas,”Toby who is also the Director of ING New York City marathon said.

He said the children would have joined with their families for the celebrations but it was good to visit them.

“Visiting and spending time together will make them recover quickly. I know they would have celebrated the festive season with their families but they are sick,” He added.