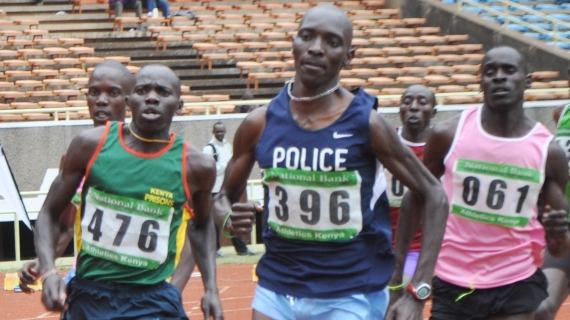 File Photo: Asbel Kiprop leads during a race at Kasarani

In what would be a big shocker for Kenyan athletics, former 1500m Olympic Champion and three time World Champion Asbel Kiprop has tested positive for a banned substance.

According to The Daily Mail, Kiprop who is regarded as one of the finest runners in the 1500m  race failed an out of competition test.

The paper further reports that Asbel Kiprop was found guilty of the same EPO substance that led to a four year banning of Jemima Sumgong, the Olympic women’s marathon champion in Rio in 2016.

The 28-year-old won the world championship titles in 2011, 2013 and 2015.His silver in 2008 Beijing Olympics was upgraded to gold after Bahrain's Rashid Ramzi failed a drug test.

Kiprop's major breakthrough was in 2007  when he won the All-Africa Games 1500m gold, a follow up to 2007 IAAF World Cross Country Championships gold. This feat earned him the 2007 Kenyan Sports Personality of the Year Most Promising Sportsman award.

Kiprop won’t feature in the Doha Diamond League this weekend, an event he has not missed since 2010