Argentina and Chile in quest for Copa America supremacy 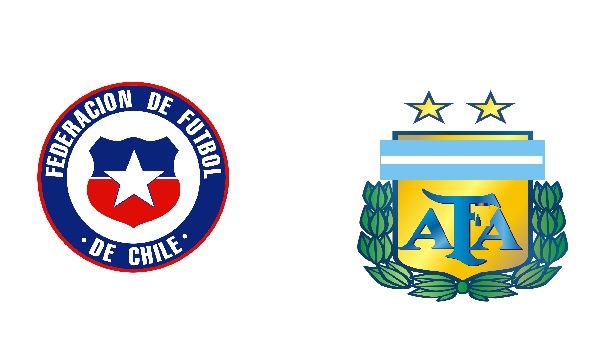 Argentina and Chile in quest for Copa America supremacy

The 46th edition of the Copa America is set for a centennial final showdown, as favorites Argentina prepare to wrestle the trophy from the hands of the defending champions, Chile. The Argentines qualified from the last four after decimating the hosts United States 4-0, whereas Chile sailed through with a 2-0 blanking over Colombia to set up a repeat of last year’s final.

The MetLife Stadium in East Rutherford, New Jersey, will play host to these two South American sides in what will certainly not be a bore affair. However, it is quite hard seeing beyond Argentina in this final. A Lionel Messi-less La Albiceleste defeated Chile 2-1 in their Group D opener, with goals from Angel Di Maria and Ever Banega, and the world’s best side has continued to improve, scoring at least three goals in each of its subsequent four matches.

That said, Argentina has been chasing shadows in winning a major trophy since 1993, despite having a plethora of superstars in its ranks, and the nation is desperate to stop that rot, especially with one of the world’s greatest players in Messi captaining the side. The maestro returned in the second game of the group and has gone on to score five goals and provided two assists.

Even if Messi would be man-marked, which quite often does not happen despite good attempts by opposing teams, La Albiceleste have other attacking options in four-goal hero Gonzalo Higuain, Banega, Eric Lamela, Ezequiel Lavezzi, among others. In addition, while Argentina has been prolific in attack, the defense has been quite stubborn, conceding two goals in five games so far in the tournament.

That would present a mammoth case for Chile to conquer, but that is until you consider what La Roja are capable of. Yes, Chile were beaten by Gerardo Martino’s side, but they are the defending champions, and that came at the expense of their opponents for the coming Sunday (Monday morning, Kenyan time) showcase.

In the side’s ranks is the tournament’s top goal scorer in Eduardo Vargas, who currently has six goals, including the four he bamboozled Mexico with. Alexis Sanchez has been another bright spark, adding three goals to the team’s tally and midfield enforcer in Bayern’s Arturo Vidal will be back after a suspension, as his La Roja side seeks to stop the marauding Argentines.

Chile have the capacity to make Argentina question its tactics. They also have a good defense that denied both Mexico and Colombia in the knockout stages. And they can play great attacking football. It can only mean one thing; there will be goals in this cup final.

A tournament final is about desire, it is about passion. It is about determination. Be sure to watch the final ONLY on StarTimes, the official Copa America Centenario broadcaster on World Football channels 254 DTT and 244 DTH.