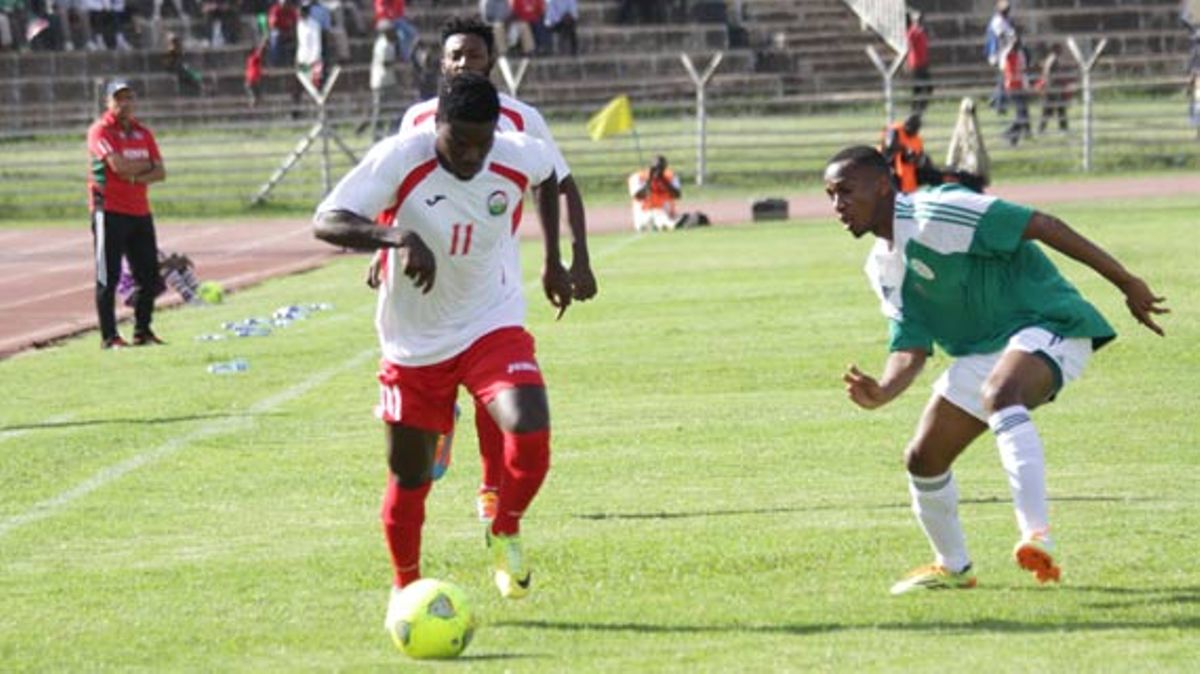 Former Kenyan International Allan Wanga has announced his retirement from International football after over twelve years at Harambee Stars.

Former Kenyan international Allan Wanga has officially announced his retirement from international football after over  twelve years as a regular at Harambee Stars.

In a statement on Monday , Wanga says, " For 12 years, I have had the singular privilege and great honor to represent my country on the football pitch. Together with the support of the team, the management and the fans at large, I believe I have represented my country to the best of my ability."

He added that, "It’s now time for me to pave way for other players who I believe will embody the spirit of Harambee as I trust I did."

"I wish the National Team the very best in their future endeavors and now transition from the pitch to the terrace as the team’s biggest cheerleader. I will now dedicate my time to my county Kakamega and my club. Thank you FKF, thank you Kenya for the decade plus of togetherness." He concluded the statement.

This announcement therefore officially spins the national team into other lead striking options as FKF is set to name a team of locally based players  ahead of the CHAN Tournament  qualifiers this month.

Wanga was recently omitted from the team that traveled to the Africa Cup of Nations by coach Sebastian Migne despite having been the league's  lead scorer at the time sparking a huge debate over Kenya's striking options.

Wanga grew up in Butere district in Western Kenya and went to Shikunga high school before starting his soccer career with the nationwide side Lolwe fc of Kisumu.His vision of joining the army was never to be as he failed the army test and later joined Sher Karuturi before joining Tusker fc early 2007.

He later left Tusker to start a promising career in Angola where he played for Petro Atletico. In his illustrious career, Wanga  has played in different countries including Angola, Azerbeijan, Tanzania and Sudan before returning to join local clubs. He currently turns out for Kakamega Homeboyz.

Wanga was last year appointed to serve as a sports officer in the Kakamage County Government to becoming one of Kenya’s first active footballers to land such an influential high ranking government role.

Allan Wanga will be in charge of supporting the county government’s commitment towards sports development which includes overseeing sports policy implementation across the county.

Along with his father Frank Wetende, Wanga is engaged in soccer and community development projects back in his home village and hopes to help many upcoming soccer players through his Allan Wanga foundation.