Akida starts as Starlets line up for Equatorial Guinea 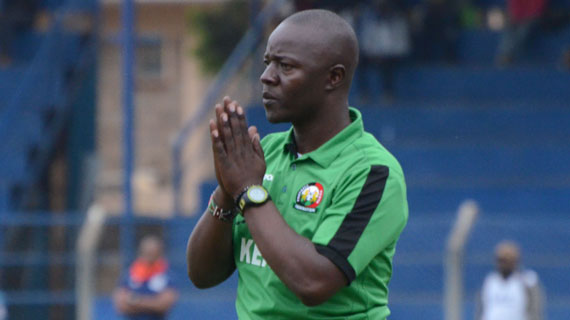 Kenya women soccer team to take on Equatorial Guinea in the Africa Cup of Nations qualifier in Malabo on Saturday night.

Having come off the bench to score the winner in Wednesday’s African Women’s Cup of Nations qualifier against Equatorial Guinea, striker Esse Akida has been drafted into the starting line-up, the only change for Saturday night’s return leg in Malabo.

Akida starts in place of Sheryl Angachi whom she replaced off the bench in midweek. Starlets carry with them a 2-1 lead from Wednesday’s tie and will need only a draw to progress to their second consecutive Cup of Nations.

The team is confident that they have the ability to progress with Akida urging the team to put their best effort in the 90 minutes and earn a ticket to Ghana.

“We have really improved as a team and in the return leg, I am confident we have the ability to win. We just need to focus and work hard and I know we will get the ticket,” Akida said before the team departed for Malabo.

Head coach David Ouma also bears confidence the team will get a result in Malabo, noting they need to take control of the game and deny the hosts possession.

“We learnt a few things about them from the first leg and we know what to do to beat them. We have to take command of the game from the first minute and we will get the result we need,” Ouma noted.

He added; “We conceded from a set piece and it was unfortunate. We also had some nervous moments from the same and I think it is a defensive area we need to work on.”

“I am confident that we can get that ticket to the AWCON and the belief is there. The mental strength has improved a lot and I have faith in them,” the coach noted.

The game will be played at the Estadio de Malabo kick off being 7pm.