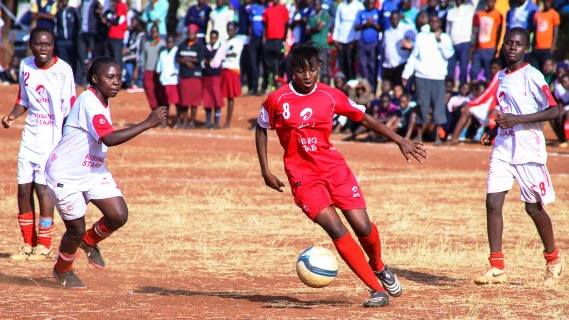 Defending boys football champions Kakamega High School have been grouped in Pool A of the Airtel Rising Stars National Finals where they will renew their acquaintance with Kisumu Day when the championships get underway at the Machakos Boys High School between 28th July and 1st August.

Pool ​B​ is headlined by Metropolitan champions Laiser Hill who defeated Upper Hill in dramatic fashion to earn the region’s direct ticket, Coast champions Waa , Mau Region’s Simotwo and Passenga from the Aberdares.

In the girls’ competition, Metropolitan’s Olympic and Coast’s St. Johns, who both won their regional titles in emphatic fashion, are grouped in a very competitive Pool A alongside Nzoia Region’s seasoned campaigners Wiyeta and the Highland Region’s Kirigara.

The boys volleyball competition sees the Aberdare Region’s Tetu  in Pool A with Mivumani (Coast Region), Ngangani (Highlands Region) and Nzoia Region’s Malava Boys while Pe Hill (Lake Region), Cheptil (Mau Region) and Hospital Hill from the Metropolitan Region are in Pool B. The composition of the fourth team in this pool as well as the fourth team in Pool B of the girls’ competition is pending a decision from the KSSSA.

The other teams in Pool B of the girls competition are AIC Kosirai (Mau Region), Gankanga (Highlands) and Tetu from the Aberdares while Pool A features powerhouse Lugulu Girls’ from Nzoia, St. Johns’ (Coast), Sega (Lake Region) and Kwathanze (Metropolitan).