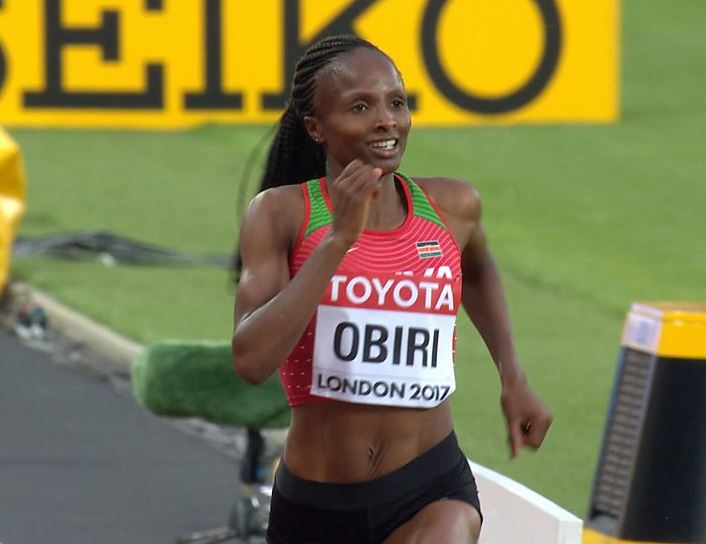 Kenya's Hellen Obiri on her way to win the gold medal of the women's 5000-meter final during the World Athletics Championships in London in August 2017. Hellen will be leading top Kenyan athletes in the 21st Commonwealth Games in Gold Coast, Australia . The Club Games begin on April 4.

The 21st edition of the Commonwealth Games is set to begin in Gold Coast, Australia. The event is set to attract more than 4500 athletes from about 71 nations, all competing for 275 gold medals beginning on Wednesday, April 4, 2018. The event, that will spread over 12 days, will admit the same number of women athletes as men in the same number of events for the very first time in a major multi-sport event that will also represent about 2.5 billion people world over. The event will also go in the books of history for having the largest ever programme of all ability sports at a Commonwealth Games event.

Kenya is set to field veteran athletes in different sports during the event with most of them looking well prepared for a gold harvest in the Australian minefields. The preparations for the Kenyan team saw the team leave in batches to take full advantage of the terrain and the high altitude before leaving for Australia. The first three batches left the country on Friday night, Saturday and Sunday. They included race walkers, short race events (100 meters men and 400 metres men), with the marathon teams set to leave as the final batch on Sunday, April 8, 2018. Team Kenya's table tennis, triathlon, bowling and boxing, already arrived in Gold Coast for the April 4, opening ceremony.

Among the names that will be profound on the starting lines include World 5,000m Champion Hellen Obiri and Olympic and World 3,000m steeplechase champion, Conseslus Kipruto. Hellen Obiri will be accompanied by her 5,000m counterparts Eva Cherono and African Games 5,000m champion Margaret Chelimo while Kipruto will run alongside World Junior 3,000m steeplechase champion Amos Kirui and Abraham Kibiwott. In the 10,000 meters race, Kenya will be represented by the gold-hungry Rodgers Kwemoi, the current World Junior 10,000m champion, running alongside Jonathan Muia, who won gold in the 3,000m steeplechase at the 2014 Glasgow Commonwealth Games,  and Josphat Bett who came in second to claim the silver medallion.

Other participants from Kenya include the Kenya Lionesses and the Kenya Sevens team, who will also be participating in the Hong Kong Sevens from April 6 to 8, 2018. The teams will later join their Team Kenya Counterparts in Gold Coast on April 7 and April 9 respectively, for their games that begin later at the Robina Stadium.

According to Japheth Kemei, who heads Team Kenya Coaching Team, the leaving dates will spur good performance from the team. He lauded the team who had gone through the training successfully since the March 4, 2018 check-in by the athletes into camp. He added that the athletes have the motivation to better the results that saw them top the athletics table at the Commonwealth Games in Delhi and Glasgow in 2010 and 2014 respectively.