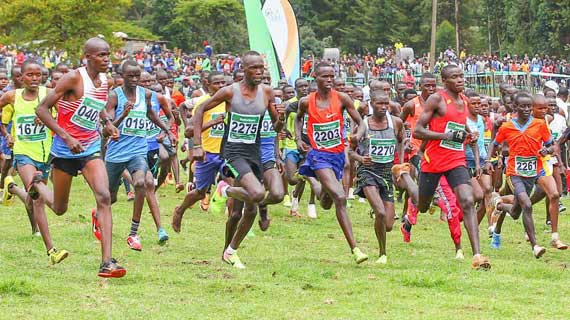 Safaricom has announced Sh 2 million sponsorship for the 9th edition of Ndalat Gaa Cross-Country Championships due to be held on 14th October in Nandi County.

The race was founded by the Late Athletics Kenya President Isaiah Kiplagat in 2008 to nurture young talent and breed world beaters. This year’s theme will be running for cancer awareness in memory of the founder.

“I am proud to see that the Late Kiplagat achieved his core objective as most of the athletes who started their running careers at the event are now accomplished runners who have made our country proud. If it were not for visionaries like him with the support of corporates like Safaricom, I would not have made it this far in my career.” said Eliud Kipchoge, Olympic Gold Medalist and Ndalat Gaa Race Ambassador.

A week before the Ndalat Gaa Cross-Country Championship scheduled for 14th October, the Kericho 10km Road Race will be held on Saturday 7th October where last year’s winners Sheila Chepkurui and Ernest Ng’eno are expected to defend their titles.

“October is an exciting month for the Safaricom Athletics Series calendar and I hope talented athletes will take advantage of this and participate in the races we have lined up this month.” said Sylvia Mulinge, Director – Consumer Business Unit, Safaricom

About 250 athletes are expected to take part in the annual race. Other upcoming races in the Safaricom Athletics Series include: Madoka Half Marathon, Imenti South Road Race and Kisumu Town Marathon, which will wind up this year’s edition in December.