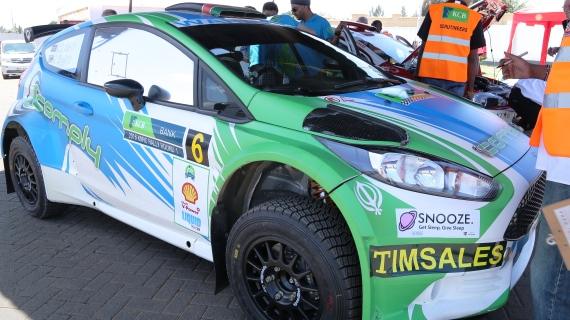 The long wait is over and its all systems go as the season opening Kajiado Rally revs off on Saturday.

The event will be flagged off by Kajiado governor Dr David K Nkedianye at the KCB Branch from 8am Onwards.Thereafter,crews will tackle a 3.3 km transport road section through to the opening stage at Kajiado hospital which is a 40km run.

The second stage which is the longest (60 km) starts from Il-Bissel going all the way to Enchoro TC end. The third stage is a 10 km dash from Marble to Parane which was used during the last two edition of the East African Safari Classic.

Crew had a feel of the route in a daylong reconnaissance whiles their mechanics assembled cars at Mountain View Shell station for scrutineering.

“Everything is now set. Drivers are happy with the route which is dry and dusty unlike the event last year which was muddy and slippery. The governor of Kajiado will preside over the start and finish. We urge all spectators to adhere to traffic rules through out the event,” said Raju Chana, the vice chairman of Kenya Motor Sports Clubs who are the organisers of the first event.