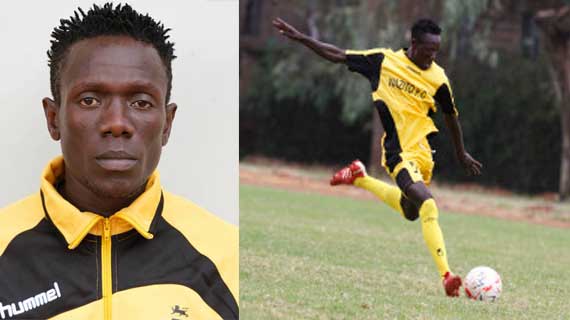 A 19 year old girl is being held by Police over the death of former Wazito FC midfielder Kelvin Ikatwa who was stabbed to death on Tuesday afternoon in Nairobi.

Initial reports from witnesses at the scene of the incident  indicate that  the lady,stabbed Kelvin in the neck following a love related  dispute at the lady's house.

In a statement released by the club, Kelvin,who joined Wazito FC in 2012 from Tena FC  , "was committed to the team, disciplined and a team player. Kelvin held Wazito in his heart and gave his all for the betterment of the club and his professional growth.

Until his death, Kelvin was undertaking a Bachelor of Arts Degree at the University of Nairobi. He was born on 10th of August, 1990.