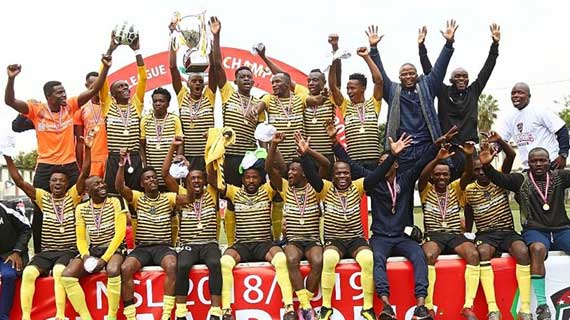 Kisumu All Stars and Wazito have each earned promotion to the Kenyan Premier League next season.

Wazito FC and Kisumu All Stars picked identical massive 7-1 wins on the final day of the National Super League season to earn promotion into the Kenyan Premier League on Sunday. Wazito make a return to the top flight after one season in the cold and were crowned champions of the NSL after finishing top.

Kisumu All Stars, funded by the County Government have earned themselves a coveted slot in the KPL. They thrashed Thika United 7-1 in Thika to earn the slot after finishing second in the league.

On their end, Wazito who have benefited hugely from funding by their owner Ricardo Badoer showed they were equally hungry to get back to the king’s table of Kenyan football with a thunderous thrashing of Nakuru based St. Joseph’s Youth at the Camp Toyoyo ground.

Meanwhile, Nairobi Stima beat Eldoret Youth 4-2 to finish third and set up a two-legged promotion playoff against Posta Rangers who finished 16th in the KPL.

Meanwhile, Thika United’s fall from grace to grass continued as they dropped down to the Division One after finishing in the bottom three places of the NSL alongside Kangemi All Stars and Green Commandos.