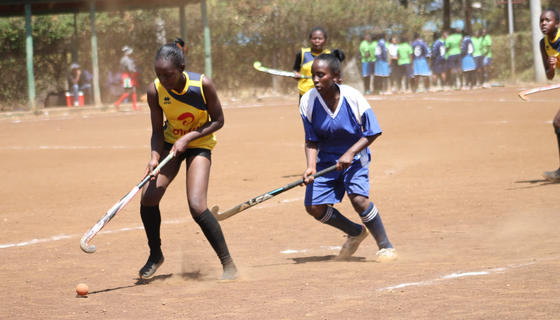 Buruburu were favourites on paper but after a fierce battle in the opening quarter, the game was anyone's to take.

The two sides laboured to a barren 15 minutes but Beatrice Amoit ensured Starehe took control of the game by scoring in the 11th minute of the second quarter to go for a break with a 0-1 lead.

After the break, Buruburu's midfielder Faith Radak leveled the scores in the first minute of the third quarter after which her side mounted watertight defense. Buruburu kept the ball in the stubborn Starehe's half for the rest of the period but this efforts did not materialize.

Play in the fourth quarter seemed to be tough as each team made their goal area a 'Holy of Holies' for the ball was kept in the midfield. A little lapse in concentration on Buruburu's part gave Starehe a chance to pounce and Bennadatte Amani duly punished them four minutes to time.