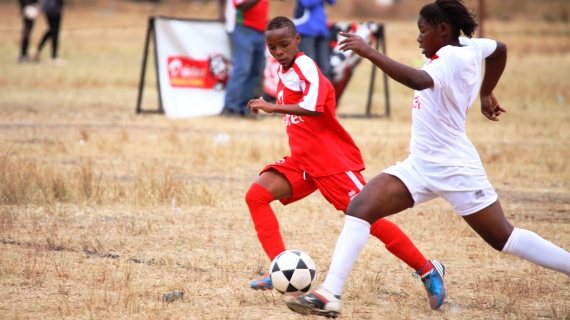 St. John's opened the scoring when Mwanahamisi Adams scored her 11th goal of the campaign after 23 minutes, finishing off a flowing move.

The Coast team would continue to enjoy the better of the first half, going into the interval a goal up.

Olympic started the second half asking questions of their opponents and were gifted a penalty on 75 minutes when St. John's 'keeper Happy Muta was sent off after a reckless challenge. Jenny Wanjiru came on in her place.

The final quarter of an hour saw the teams just go through the motions, probably content with the stalemate, having secured qualification to the last four.

The result sees St. John's top Pool A with seven points courtesy of two wins and a draw while Olympic claimed the final semi final berth from this pool, accumulating five points off one win and two draws.