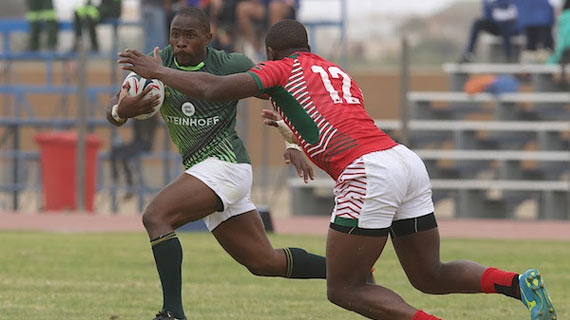 Kenya finished the Safland Sevens in second place after losing 10-31 to South Africa in the cup final played at the Dome Complex in Swakopmund,Namibia on Sunday 13 November 2016.

Kenya had rallied from a 10-12 half time deficit to beat Living Legends 31-17 in the semifinal while South Africa were 29-0 winners over Zambia.

The Kenyans had earlier emerged second in pool play, losing their final match 0-22 to South Africa after posting three wins (40-7 against South Africa Legends, 29-5 against Namibia and 24-5 versus Germany).